Due to the mandated school closure, the musical has been postponed until further notice.

Under the direction of Mr. Michael Cavalier, Neshannock students are preparing to take to the stage for this year’s musical production, Sweet Charity!  Be sure to mark your calendars!  The musical will be held on March 20, 21, and 22, 2020!

A New York taxi dancer is open-hearted but unlucky in love, until she meets a strait-laced claustrophobe and nurses him through an elevator jam, in this musical adaptation of the Federico Fellini film The Nights of Cabiria. (Source) 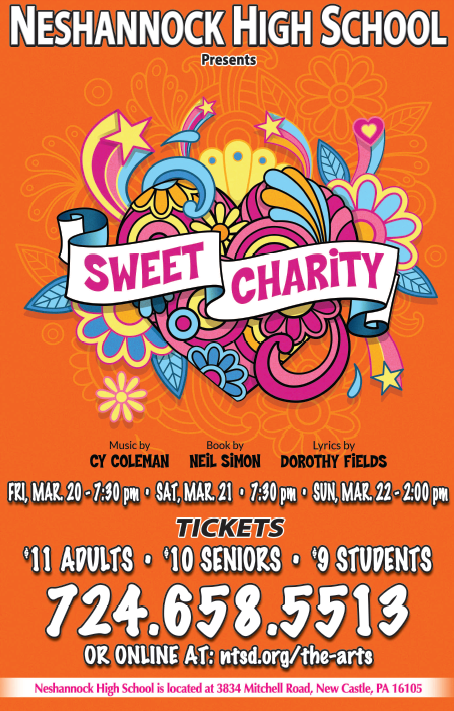