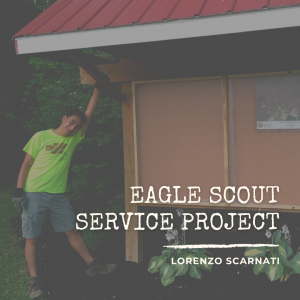 Lorenzo Scarnati, NHS Senior – Class of 2022, has never been one to shy away from a challenge. His most recent undertaking is his Eagle Scout Service Project.  As a Life Scout in BSA Troop 743, he set his sights on the John Thompson Nature Trail — home of the Lancer XC Team — as the focus of his service project.

Eagle Scout is the highest achievement in the Scouts BSA program of the Boy Scouts of America. Since its inception in 1911, only four percent of Scouts have earned this rank after a lengthy review process.

Prior to getting a shovel into the ground, Lorenzo, son of Anthony and Monica Scarnati, met with several school officials, including Superintendent Dr. Terence Meehan and Buildings and Ground Director Mr. Mark Ulam, to not only present his vision for the project, but also the ways and means in which he would accomplish his goal.

Lorenzo is grateful for the support of his community partners.  He secured grants through Neshannock Township Education Foundation and Neshannock Cross Country Boosters.  He also had materials, supplies, and service donated by Lowe’s Home Improvement and Ratvasky’s Landscape Supply.

Thus far, Lorenzo has invested 160 hours into his Eagle Scout service project.  His father, Anthony, has been working by his side for 110 of those hours.  Lorenzo has also called upon friends and family to assist him with the workload.  The project is ongoing, but the work completed under Lorenzo’s leadership and management is not only a beautiful, but also impressive!  The improvements to the area will be enjoyed by both community members and student athletes utilizing the nature trail.

Lorenzo’s commitment to his family, school, athletics, and community shines through in all he does.  On behalf of everyone at Neshannock Township School District, congratulations on a job well done and best wishes as you take the final steps to earning your rank as an Eagle Scout.

To learn more about the current status and future plans of the service project, please take a look at Lorenzo’s notes below:

Here are all the things my family, friends, and I have done to the main trail entrance:

Moving forward, we plan to:

As we worked on the project, we made two alterations to the original plan: 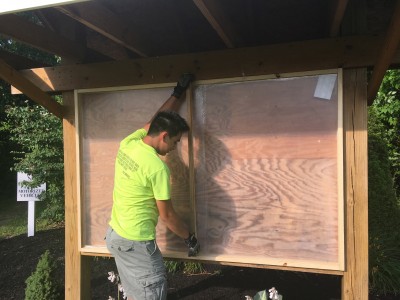 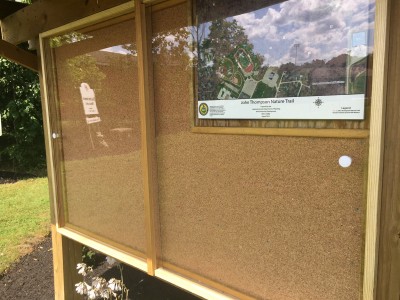 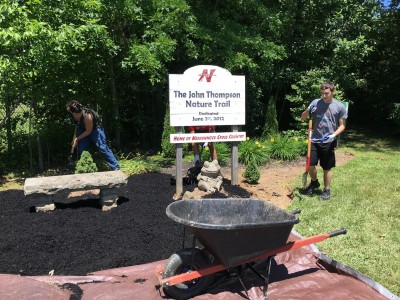 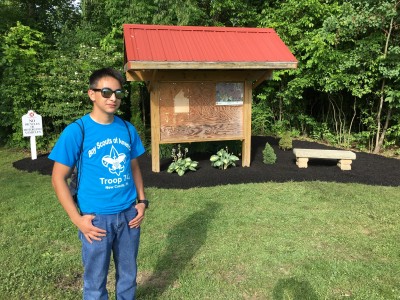