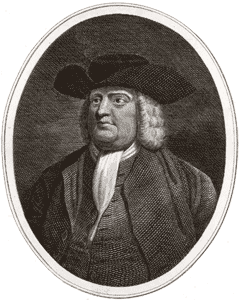 The history of education in Neshannock Township dates back to 1812 when the first recorded “schools” were found on the homes of residents, the first of which was located on the Watson and Baker farms. From its original location, this school was moved to an empty building on the King farm in what is now the Pulaski Road area. As the population of the township grew, more one-room schoolhouses were constructed around the township. Some are still standing today and are used as homes.

In 1908, there were seven schools which were built for an average cost of $1,000.00 each. The total number of students enrolled in these schools was 308.
The schools were gradually consolidated to improve the quality of education and to cut operating costs. Two of the earliest consolidated schools were the Walmo School and the Clen-Moore School.

As the enrollment increased, Memorial Elementary School was constructed in 1956 providing education to students through grade eight. Our high school students attended New Castle City Schools until 1958-59 when the secondary students attended Memorial for a half day. Eventually, the two buildings, Memorial and Neshannock Junior Senior High School, were combined housing all the students under one roof.

Neshannock Junior Senior High School was completed and first occupied in 1959/60.  The first graduating class was in 1960.  The Neshannock graduates distinguish themselves in virtually every professional and technical field as well as in business. Approximately 90% of our students go on to higher education and 10% enter into the technical/vocational arena.

Over the past 56 years, enrollment fluctuated from as low as 308 to 2051.  Today, the District offers educational programs to more than 1385 students. The exemplary professional staff is very experienced and child-centered offering many programs that will prepare the students for adult life.

In 2007, the Neshannock Township School District ranked in the top one hundred schools in Pennsylvania. Schooldigger.com ranks the District in 2009 at 107 out of 501. The District has prided itself on the many programs that are offered to the students. We believe that the more students are involved in the many programs offered, the better they will perform academically and socially.

Our past has helped shape what we are today. We continue to strive for excellence and provide the students with positive role models and an exemplary education. Remember, Children Are Our Future. We need to teach them well so that they can lead the way.